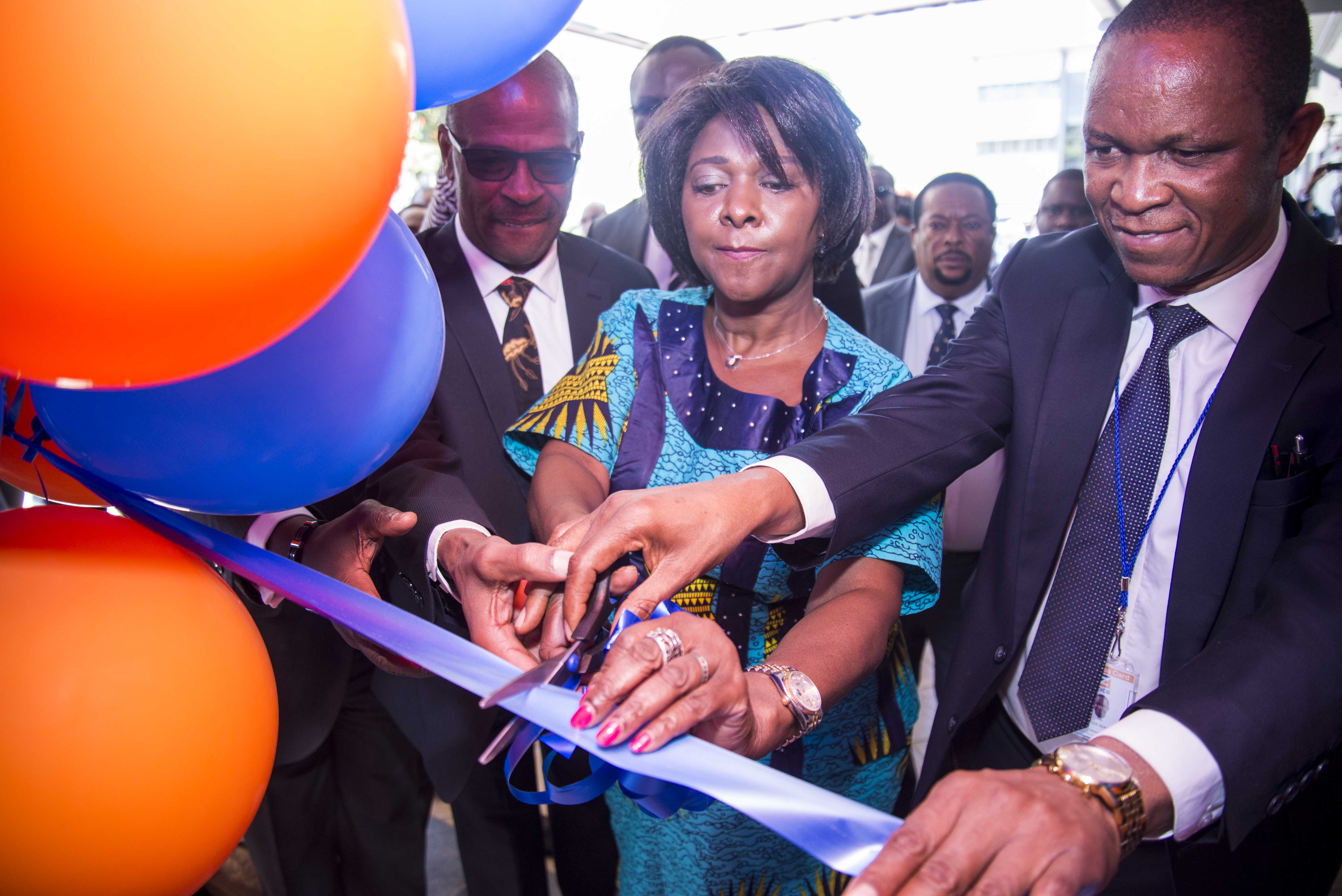 Speaking at the event, Hon. Mwanakatwe stated that the launch of the new bank holds a lot of promise for Zambian entrepreneurs and the local business community. The Minister said that government has heard and is aware of the challenges that local entrepreneurs face in accessing financing that is structured for the primary purpose of stimulating the growth of SMEs and local businesses.

Mrs. Mwanakatwe noted that according to the World Bank’s 2013 Enterprise Survey, the number one barrier to growth for firms in Zambia is access to credit with 27.5 percent of firms listing it as the most important barrier, followed at 22.5 percent by practices such as inadequate and poor record keeping and poor corporate governance of the informal sector.

And commenting on the high collateral requirements by commercial banks, the Minister of Finance said:

These challenges of lack of affordable and long-term access to financing, among others, have been cited by our SME’s as the major reason for their low participation in the major economic activities of our country.

As government, we want to see enhanced growth of local businesses, and hence local productivity, because it is only this that will lead to sustainable wealth creation and hence poverty alleviation among our people.

It is for this reason that Government recently enacted the Movable Property Security Interest Act (MPSI) to make the business environment attractive for lenders to accept movable property as collateral.”

finding solutions to the challenges being faced by Zambians, particularly those in the SME sector.

She stated that it is the expectation of government that the launch of Zambia Industrial Commercial Bank Limited will herald a new chapter in the banking sector in Zambia, and that Zambian local businesses will seize the opportunity presented by the opening of the new bank to grow their businesses and increase their contribution to the GDP of the country.

And speaking at the same event, ZICB Board Chairman, Mr. Charles Sichangwa, stated that ZICB’s mandate is to play a pivotal role in the commercialisation and industrialisation of Zambian businesses by offering deliberate support to local SMEs and corporate clients for the purpose of enhancing their participation in Zambia’s economic activities.

“Through our contribution, we see a future where an increasing number of the goods and services consumed in our country will be locally made or locally produced.

This is a bold undertaking that we, as ZICB, cannot accomplish alone and will therefore require the support of various stakeholders, including State-owned enterprises, government statutory bodies and government project accounts.”

ZICB Chief Executive Officer, Mr. Ignatius Mwanza, stated that the bank started operating on 1st August 2018 with two branches – one at Central Park in Lusaka, and the other in Kitwe at Mukuba Pension House, which will soon be re-located to the new ECL Mall.

Mr. Mwanza stated that the demand by customers and other stakeholders to have the bank launched had been phenomenal, and that ZICB is now looking forward to being of service to both individual customers and business houses.